When Do I Need To Update Windows To The Newest Version?

You are here:
General 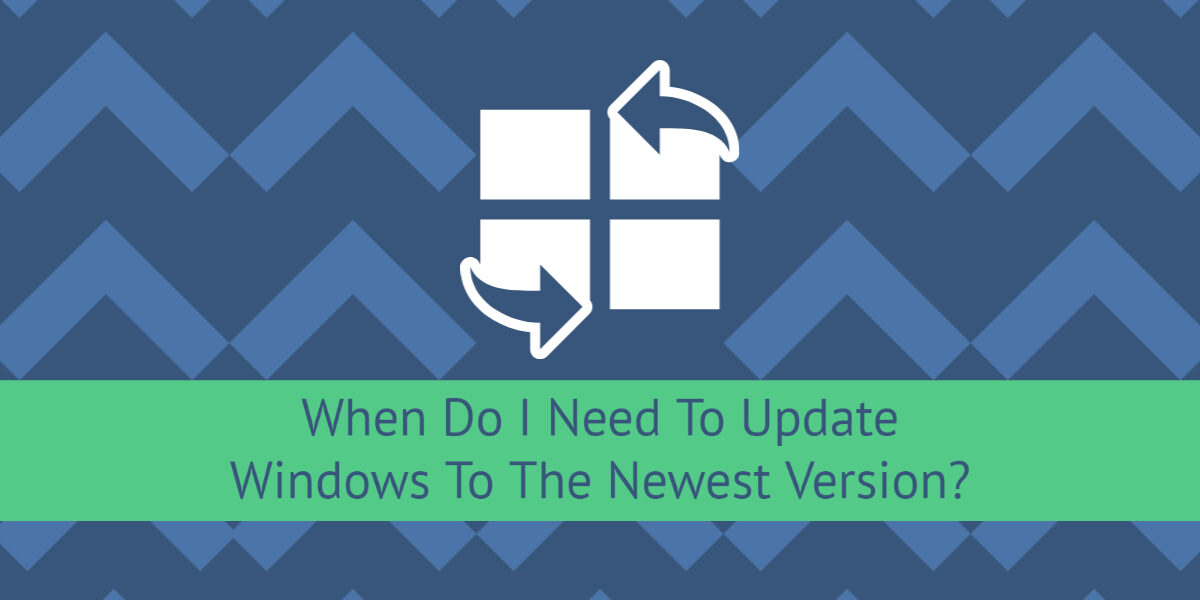 if you see an orange dot in the corner of your screen, this article is for you.

In February, Windows made an announcement that the end of servicing for Windows 10 version 1909 is drawing near. This means that come May 11th, 2021, any Windows 10 machine running version 1909 will no longer receive important updates (like those pertaining to security). The Windows update released this week will bring older operating systems up to a newer version of Windows and is required to keep your OS from becoming outdated. In most cases it seems the update will bring users from version 1909 to 20H2. But why is it bringing you to 20H2 and not directly to 21H1 in May? What should you do before updating? And should you update at all? It seems transparency from Microsoft around these updates leaves more to be desired, but we’re here to answer as many questions as we can.

How do I update to the newest version of Windows?

If you were not prompted to update Windows via an icon with a orange dot in your system tray (near the time), you will need to go to your update settings manually. You can get there by going into your computer’s settings and clicking Update & Security > Windows Update to check if there are any updates available to you. In this window, you can also see previous updates and manage your update settings.

What is a “Feature Update” and how is it different than a regular update?

A “feature update” is a semi-annual update sent out by Windows that brings your computer to the latest version. A feature update is a large update that covers a wide range of features (security, visuals, etc.) instead of a regular quality update that we tend to see every month. Those smaller quality updates are usually released on the first Tuesday of every month and tend to patch small fixes. You can view the life cycle of your current version of Windows here.

What steps should I take before I update Windows?

• Before updating any operating system, you always want to create a system restore point before you run an update. Windows typically creates a system restore point when it detects your installing software or before a system update, but it’s a good idea to manually create one beforehand.
• Since a feature update is typically quite large, pre-downloading the update is also recommended. For those who are on a slower internet connection, it may take a few hours to finish pre-download the update so be sure to allot enough time for your update to download and install.
• Ensure that your applications are running as they should before and after an update. If you notice any issues, you may need to revert to your restore point until a later patch is released.

Are there risks to updating Windows?

As with all system updates, there is always a chance for something to not work right. For Windows feature updates, notable issues may arise within a user’s profile. This means you may update and find some of your application settings or system settings going back to default, among other issues- more notably issues with cloud applications such as Google Drive, OneDrive, Dropbox, etc. While a profile issue may cause Windows to lose some of your settings, it’s important to note that if Microsoft stops providing updates to your version of Windows (as it is currently doing with version 1909) then your machine will no longer receive important security vulnerabilities and will potentially put your system at risk. When it comes to Windows, it seems we are starting to get larger updates at a higher frequency and weighing the pros and cons of each update is becoming harder for people outside of the tech industry to decipher whether they need the update or not. It is recommended that businesses have a dedicated IT department or MSP to help them decide, or better yet, do it for them –remove the burden.


When it comes to the decision whether to update or not, we can help aid by providing insight into the pros and cons observed beforehand. We help businesses make an informed decision when it’s necessary to update their technology based on their needs and potential security risks. From there, we can handle any hardware upgrade requirements, backups needed, and run deploy the fixes or applications for you. Our services are designed to keep the weight of technology off of your shoulders, and when it comes to updates, we’re here to help.